The Morara company was established near the Bologna railway station (Italy) as a small craft enterprise specialising in precision mechanics, carrying out machining for third parties and overhauling machine tools: the founder was Luigi Morara (in fact, for a while the company was called 'Costruzioni Meccaniche di Precisione Luigi Morara').
After the first few years of hard work, orders had increased, prompting him to move to Marzabotto, where he hired new resources and was also able to use electricity. 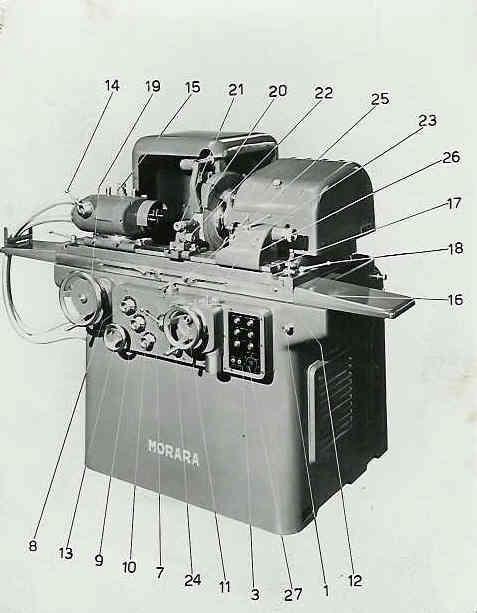 1934: beginning of the grinding machines production

In 1934, machine tools were extremely expensive and hard to find. Further to an important order for the aeronautical sector, Morara began to build grinding machines, for internal use only and then for others. They built 'circular' grinding machines for internal and external use (a characteristic that still remains today), and also began making special machines such as those for calibrators.
The construction of grinding machines was so successful that third parties activity was discontinued.
At the end of 1930s, the company had more than 150 employees with important customers such as Piaggio. To certify machined materials and build special tools, Morara used to collaborate with Aldini-Valeriani Industrial Technical Institute, where met Vincenzo Martinelli (1914-1994), a technical teacher with whom he started a friendship and collaborative relationship, so much important to offer him the company's Technical Management. Martinelli would later marry Luigi Morara's daughter: these two families would thus be indissolubly linked both in terms of work and personal relations.

The 1940s: destruction and rebirth

Due to wartime events, the factory was completely destroyed (see photo) and activity was suspended from 1944 to 1946.In 1947, the company was reborn in Bologna, in Via Speranza with 10 employees. There were 5 partners (the Morara - Martinelli family was in the minority, the other three partners having about 60% of the shares). The company resumed business with considerable success: it went from 0 machines delivered in 1947 to 25 in 1950.

In a few years Morara and Martinelli liquidated the partners and the company returned to family management: in the 1970s the third generation joined the company. In 1953 Luigi Morara died and his son Gianni Morara took over.

Until the 1980s, the company was managed by Vincenzo Martinelli and Gianni Morara: these were years of impetuous growth, innovation and progress. The shed was extended three times, until in 1978 the company moved to the factory in Via Giacosa, which covered an area of 18,000 square metres. The company distinguished itself in those years by being at the top innovation in the grinding sector: as early as 1953 it exhibited the first internal grinding machine with a process meter at the MTE in Brussels.

By 1960 it was able to grind polygons, cams and eccentrics: the most significant achievement was the grinding of the 'square' profile of bicycle cranks (customer CAMPAGNOLO). In 1966, it had already developed the first diamond grinding cycles with automatic wheel compensation, and in those years it was already providing additions to robotic gantry loaders, as these machines were now integrated into the assembly lines of the factories of the major automotive, aerospace and mechanical engineering industries in Italy and elsewhere.

In the early 1970s, Morara produced the first fully bottomed machine for Piaggio for the safety and health of the operator ('ecological crankcase' was the name that Piaggio used to define this solution). And it's dated 1977 a letter from Piaggio (headquarters of Pontedera) which shows the very high opinion of the extraordinary working precision of these machines 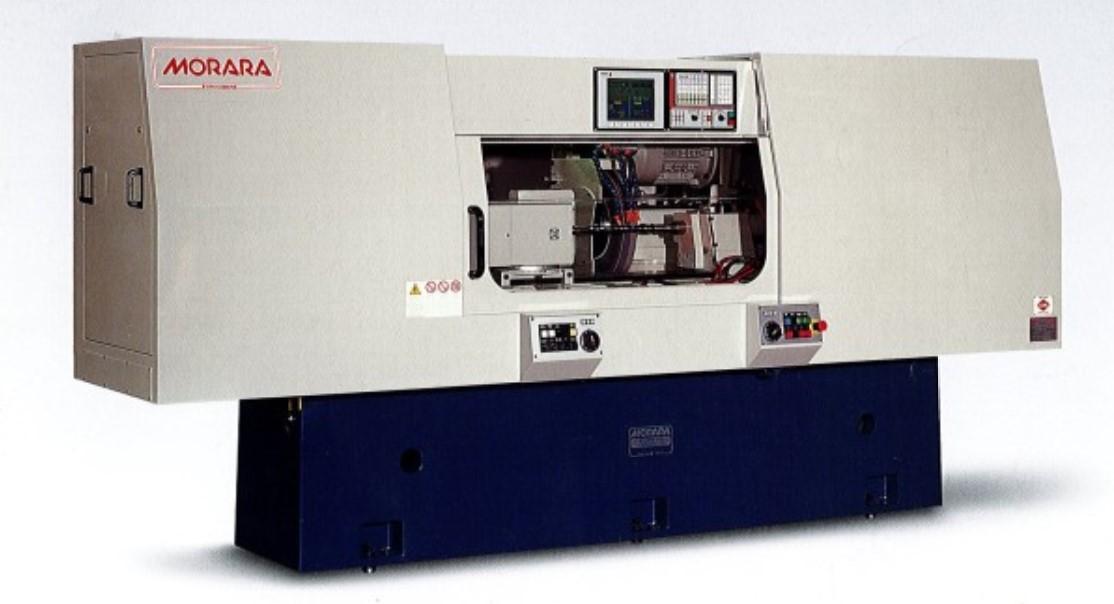 The first CNC grinding machine dates back to 1982 (an external grinding machine), but those years were characterised by continuous innovation that propelled Morara into the international dimension: in 1983 the first 'Grinding Centre' was presented at the EMO in Paris, which found its first customers in companies of excellence such as Piaggio and Ferrari.

It is Enzo Ferrari's signature that documents the 'full satisfaction' with the performance of the grinding machines even employed in the prestigious Racing Department, in a letter dated 1984.In 1986, Morara produced the first 'combined grinding machine' capable of grinding internal and external diameters simultaneously: this was a fundamental technological leap, allowing Morara machines to establish themselves on the world market for their precision. 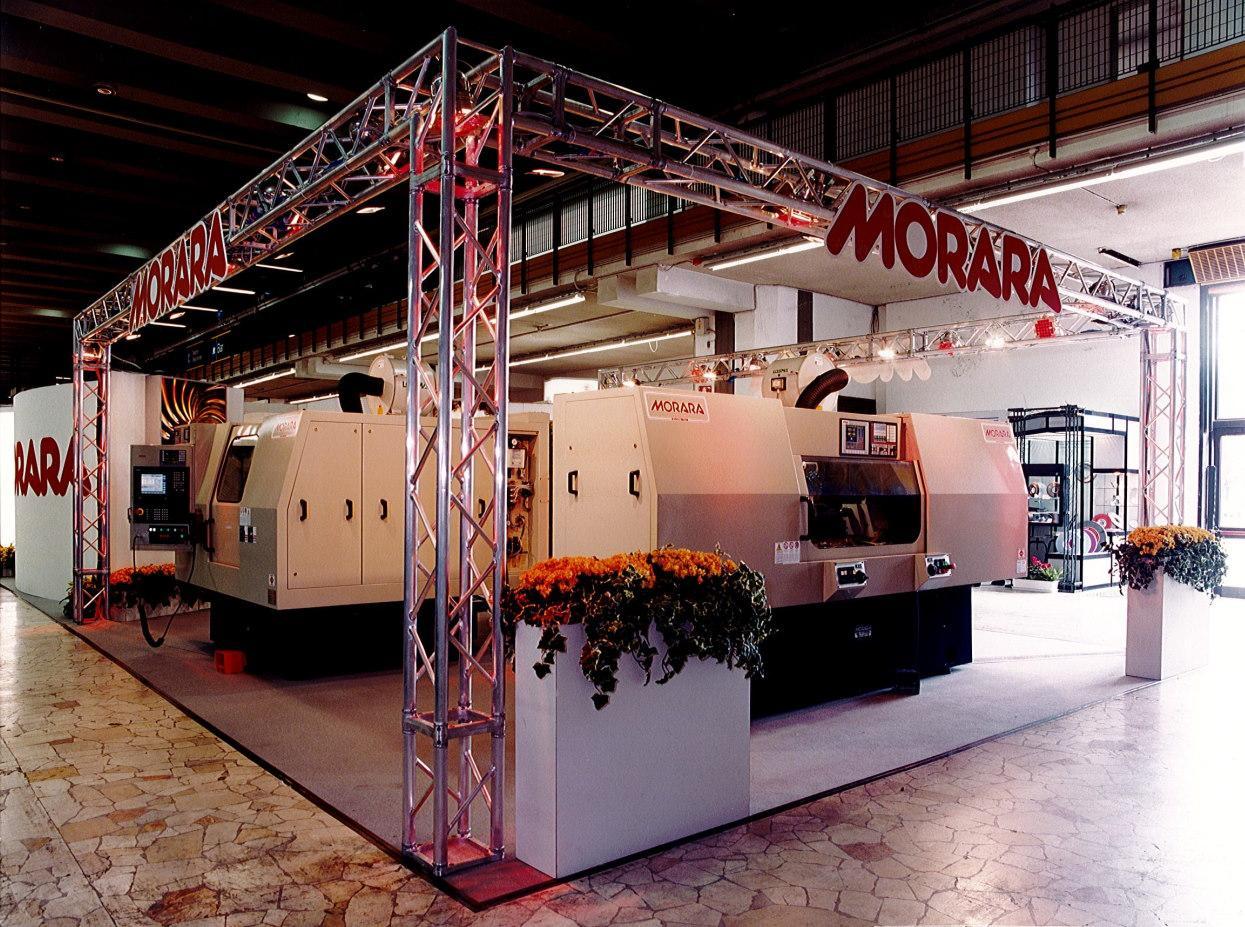 The 1990s: innovation and technology

The late 1990s saw the beginning of applications for the real-time adjustment of the work cycle to the requirements of ground part quality and productivity: by exploiting powerful CNCs and the detection of the factors involved in machining, corrections aimed at improving the production cycle (adaptive cycles) could be introduced automatically. By measuring data from appropriate sensors, the adaptive control system determines how to modify the grinding and dressing parameters in order to control the process more efficiently, thus reducing cycle times, increasing the life of the grinding wheel and thus producing finished parts with consistent quality.

In 2017 Morara became part of the giant FFG (Fair Friend Group). The primary objective is to further develop the brand's foreign potential by integrating it into the Group and making use of its numerous branch offices around the world

SOME OF OUR REFERENCES